It’s Father’s Day this Sunday 21st June 2015 and people everywhere are celebrating, but what if you never had your father around for whatever the reason, or you father has passed away like mine did last year?

1. It’s not your fault
If you didn’t have a father around, don’t blame yourself as it’s common for children to do that and even keep blaming themselves into their adulthood. If there is anything you don’t understand about what happened, ask your mother or a close relative that was involved at the time, to clear things up but remember, a father’s choice to abandon a family could be for a number of reasons. There are things about a person that we may never understand and it’s also possible that your father was going through a terrible time and didn’t get help for it. But it’s not down to you so let go of that.

2. Care for others
Often, children who have been abandoned and still feel the effects in adulthood subconsciously want to take care of other people or even pets. So invest in this as it will be good for you. You may have felt like you missed out on the love of dad but you can project the love that you have outwards.

3. Identify a father-figure
You may not have had a dad around, or your father may have died, but there have probably been plenty of influential males around you. This could be a mentor, an uncle, a teacher, a coach, etc. Why not arrange to do something together or just simply appreciate the relationship.

4. Appreciate your mum
She probably goes through a hard time on Father’s Day too so why not do something special for her instead because she’s probably tried to fill the father role too. She deserves to be spoiled.

5. Do something he enjoyed.
In the case where your father may have died, consider doing something he enjoyed, in a way of commemorating him, but don’t do it in a sad and depressing way, but rather remember the funny stuff and yes, even bring humour into it. I remember the day after my dad died, it was obviously really hard but my mum, my sister and I, all put a pair of his pyjamas on, which were massive for us, and had a cup of tea. It’s a way we dealt with what had happened. I’m not suggesting you dress up in a dead relatives clothes, but remember things in a fun way.

6. Value what he taught you
If your dad passed away, focus on all the good things that he taught you throughout your time together and pass those lessons on. That’s the best way to remember him.

7. Invest in a Heavenly Father
I don’t consider myself fatherless even though I lost my dad to cancer last year. I have my faith and therefore, a connection with God who is my Father, who will never die or ever abandon me. So if you are ‘fatherless’ there is always an amazing Father just waiting to have a close relationship with you. Isn’t that beautiful?

Share
Previous What a horrible morning!
Next The OCD I kept a secret 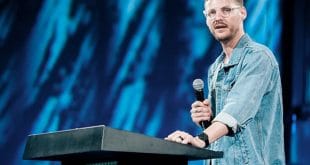 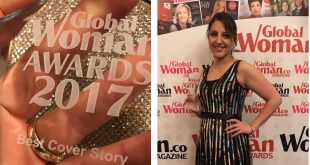